150 Years of Otterbein Sunset House: A Look Through the Decades 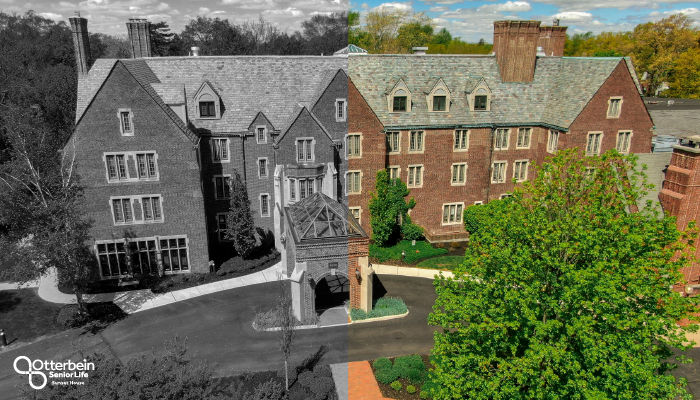 In 1871, you could buy a home for $700, or a pound of butter for 15 cents. The first photographs of what would become Yellowstone National Park were taken, and Orville Wright of aviation fame was born.

That year, Sunset House also officially began as an offshoot of the local YWCA. 150 years later, it’s become a landmark in the Toledo area and continues to serve countless residents and families each year.

Read more about the history of Otterbein Sunset House and the ways it adapted and changed throughout the decades. 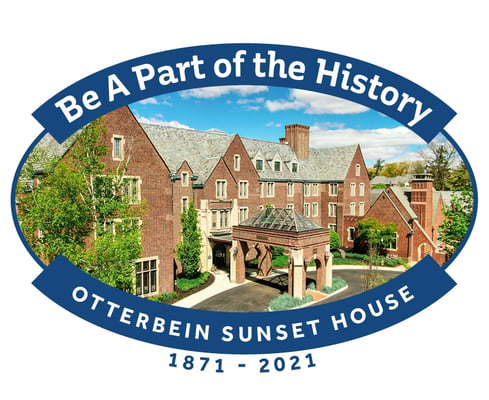 With the founding of the YWCA in 1870, which was only a few years after the end of the Civil War, the first president took into her home one lady and sent two to a boarding house...the three having “sorrowful stories.” Because of the need, a “Home for Friendless Women was started in 1871 with five rented rooms on Locust Street, a matron, one ill lady, and a borrowed $357.75.”  This was the beginning of Sunset Retirement Communities.

A parlor and professional entertainment, and ultimately a fancy dress ball at the Wheeler Opera House, provided funding for the Home. The ball became one of the big social events for the next 13 years but finally gave way to an annual fund drive. The Community Chest eventually provided funds until this was no longer necessary.

Two years later, the home was officially incorporated and the Bissell Home on Woodruff Avenue was purchased.

During the war, the home continued to serve women in the Toledo area (men and couples would not live in the home until 2001). The residents stayed involved in knitting, riding in patriotic parades, and sewing for needy children in countries affected by the war.

By 1928, the time had come to consider a new building. Ten acres of land on Indian Road were purchased. Through the generous response to the fundraising campaign, the present home, (far out in the country at that time) was built and first occupied in 1930.

After consultation with gerontology experts from the University of Michigan, a new nursing annex with 24 beds was added - what would become Sunset Court.

Renovation of the present assisted living building began in late spring of 1986 followed by the same for the nursing annex (Sunset Court), which became a new assisted living unit. The residents were moved into the new 48 bed-nursing center while the assisted living was renovated.

Much care and thought went into the planning of the move that went so smoothly. And in early 1987 residents settled back into their newly renovated rooms and enjoyed the luxury of having their own private bathrooms for the first time.

In addition, it was decided to admit men and couples into the Sunset community at the completion of the building program. Land was optioned in 1999 and Board, staff, and consultants began the process of securing financing and local and state approvals for our project. A new corporate entity was established and named Sunset Retirement Communities. The ground was broken in mid-2000 for both projects.

Sunset Village officially opened on December 31, 2001 when the first two residents moved in. Licensing followed in January of 2002 and 27 residents from Sunset Hall, the nursing area of Sunset House, moved west to their new home.

Ashanti Hospice became licensed and began caring for clients. The program was accredited by the Joint Commission in 2010 and is both Medicare and Medicaid certified.

In making the announcement, Jill Wilson, president and CEO of Otterbein SeniorLife, said, “We are very pleased to join forces with Sunset Retirement Communities. Their 149-year track record of enriching individual life journeys, combined with Otterbein’s 108 years of enhancing the quality of life and holistic growth of older persons, will strengthen our organization and open up all kinds of strategic opportunities to carry out our mission."

We’re excited to begin the next 150 years of Sunset House history!

You’re invited to learn more about life at Otterbein Sunset House, view photos and floor plans, and more. Take a look for yourself!