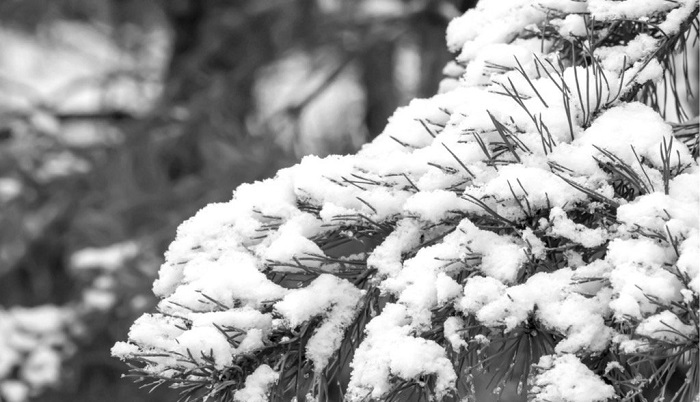 A holiday fable with a COVID-era lesson.

A long time ago—no one remembers the exact year, but it was soon after the Second World War—residents of Sunset House (known then as The Old Ladies Home of Toledo) were anxiously anticipating the Thanksgiving holiday. It was a bittersweet time, to be sure. While thankful that the fighting abroad had ended, the country mourned its heroes who sacrificed everything for their country. Everyone looked forward to seeing family and friends—and counting their blessings with loved ones.

The winter chill had come early, and the first few days of Thanksgiving week were unusually cold and crisp. Newspapers hinted that the season’s first significant snowfall could be just around the corner.

“Nonsense,” scoffed Mary to some fellow residents conversing in the House’s parlor. “Heavy snow before December is unheard of in these parts.”

Although most laughed in agreement with Mary, there was more than one nervous smile among the group.

“The first thing I did was turn on my radio,” recalled Margaret at the time. “The announcer was saying that an unexpected blizzard had blown into the region. I knew right then that this would be a Thanksgiving like no other.”

Residents were soon gathering for breakfast in the dining room, where everyone’s favorite morning waitress, Helen, had warmed up the RCA receiver. Local radio stations were reporting road closings and event cancellations while cautioning listeners to avoid venturing outdoors.

Meanwhile, Sunset staff members were already busy adjusting the day’s schedule. With residents and their relatives restricted to telephone visits, Sunset families would spend Thanksgiving apart. But the staff would not let a winter storm, no matter how severe, prevent residents from enjoying the day.

Having stocked up the House’s coolers and pantries for a traditional Thanksgiving feast, the kitchen workers set about preparing an extra special meal. It wasn’t long before residents began offering requests and suggestions to the cooks.

Patricia, whose husband went missing in the war, shared an index card that listed her special recipe for making cranberry sauce. Judith, who never married, let everyone in on her mother’s secret to mashing lump-free potatoes. Soon, numerous residents were recounting memorable Thanksgiving dinners and feeling very much involved in the day’s food preparations.

Laughter sounded throughout the Victorian-style manor, as card and board-game playing helped pass the time until dinner. Residents regaled each other with stories of past holidays, and everyone agreed that this would be one to remember.

When dinnertime arrived, the staff served a scrumptious meal that included everyone’s Thanksgiving favorites. There were heaping servings of turkey and dressing, ham, mashed and sweet potatoes, various vegetables, salads, freshly baked rolls, and desserts. Countless desserts. (Although by one count, Claire, the resident sweet tooth, had three slices of pumpkin pie.)

When night fell, some residents gathered around the fire to enjoy hot beverages and more conversation. Others made telephone calls to their loved ones or retired to their apartments to savor the day.

In the end, a holiday that began with weather-dampened spirits turned into a joyous celebration for all. While saddened at being apart from their relatives and friends, residents were far from disappointed. Perhaps Margaret, whose apartment radio had announced the snowstorm early that day, put it best.

“I woke that morning expecting to spend Thanksgiving with family,” she later said. “Thanks to my Sunset family, that’s indeed what I did.”