Explore the History of Marblehead, Ohio 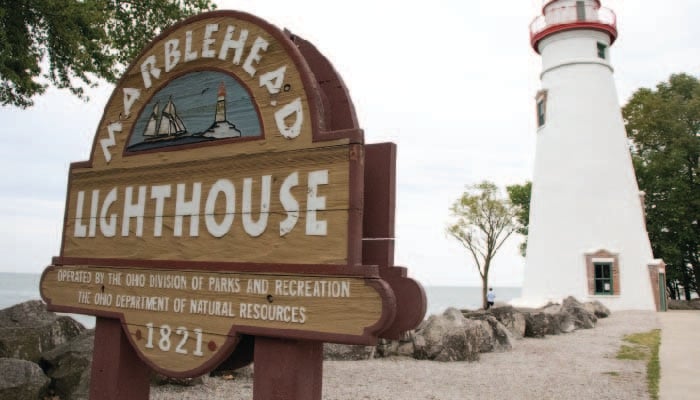 Ohio’s north shore along the coast of Lake Erie offers all these things and more. Marblehead, Ohio, located on a peninsula roughly halfway between Toledo and Cleveland, is one of the best places to experience the area for yourself.

With a rich history to explore, you’ll want to immerse yourself in all that Marblehead has to offer.

Ohio became a state in 1803. A few years later, what’s considered the first battle of the War of 1812 was fought near Marblehead between Native American forces and American citizen-soldiers.

Lake Erie was an important shipping route for goods in the early 1800s. By 1819, Congress set aside $5,000 to build a lighthouse at Marblehead. Constructed of native limestone (which settlers mistakenly called marble, hence the area’s name), it still stands to this day. It is the oldest continuously operating lighthouse in the U.S. Over the years, 15 different keepers tended its beam until it became U.S. Coast Guard property after WWII. 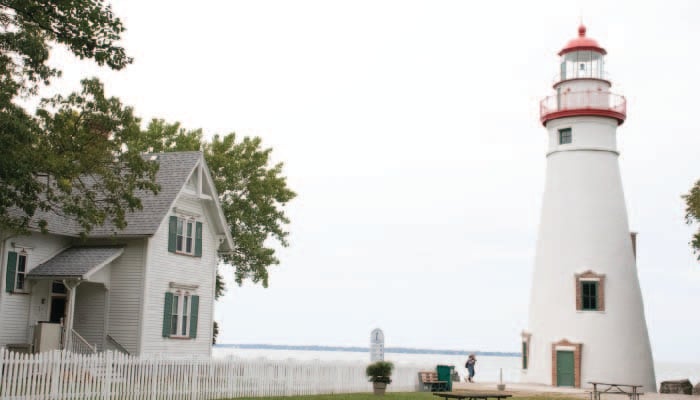 Although northern Ohio was far from the major battles of the Civil War, it contains its share of history. Johnson’s Island, a small island near the lighthouse, became a prisoner of war camp for Confederate soldiers from 1862-1865. Today, a cemetery on the island serves as the final resting place for more than 200 soldiers.

Amusement parks may seem like a modern invention, but they became popular in the late nineteenth century. Cedar Point, located across the Sandusky Bay from Marblehead, opened in 1870. What began as a public beach and dance hall soon included picnic areas, baseball diamonds, and a “water toboggan” that launched riders into Lake Erie. The first roller coaster debuted in 1892. Today, it’s the second-oldest operating amusement park in the U.S.

The park’s opening helped cement the Lake Erie shoreline as a popular vacation and resort destination, bringing vacationers to the area every summer. 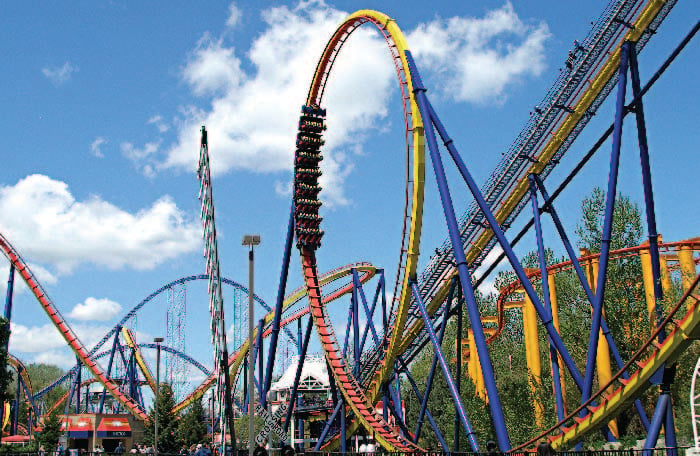 In 1873, construction began on Lakeside Chautauqua, just blocks from the future location of Otterbein Marblehead.

What’s a chautauqua? The word is said to come from the Iroquois language. In the late 1800s, these communities became popular summertime gathering places that offered adult religious education alongside fellowship, recreation, and enriching activities. It was similar to a summer Bible camp — for people of all ages. More than 300 were built across the country by 1900.

Lakeside was a community within a community, with private cottages and homes alongside public parks, churches, and gathering spaces. Today, the entire community is listed on the National Register of Historic Places and is one of only a few remaining chautauquas in the U.S.

Today’s Marblehead offers a quaint small-town feel with resort-style amenities. Whether you enjoy boating, hiking, sightseeing, or sampling the locally-caught seafood, people of all ages can find something to do in the Marblehead area. It’s also home to Otterbein SeniorLife Marblehead, offering a picturesque place to retire on the shores of Lake Erie.

Why not plan a visit and see the community for yourself? While the summer season is the busiest, there are things to do year-round. So check out our list of the top things to do in Marblehead, Ohio — we hope to see you soon!


Top things to do in Marblehead, Ohio