The best way to learn about Otterbein SeniorLife Franklin is to hear about it from the people who live here. In this blog, you’ll meet a few of our residents and hear their stories about life at Otterbein. 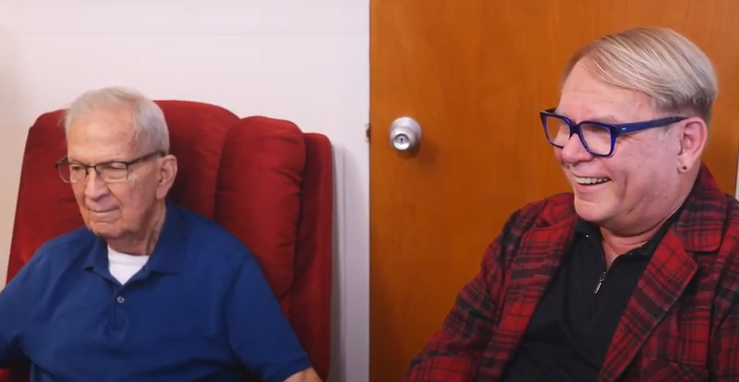 Resident Bud and his son Kip not only enjoy the care and peace of mind at Otterbein, they appreciate the close proximity of the campus to other parts of Franklin — giving it a community-within-a-community feel.

“Franklin’s a beautiful town. [Our family has] been around this area since the 1950s. Franklin’s always been so quaint and nice, and they’ve done so many things with the downtown area,” said Kip.

He also noted the convenient access to other care, just minutes away from Otterbein.

“The hospital’s across the street; there are dentists; there are optometrists; our physician is down the street as well. And then you can go downtown and experience the old theater and everything. It’s very nice to have it all here.”

Married couple Peggy and Ronald B. have lived at Otterbein for several years — and often wish they had moved in even sooner.

“Don’t procrastinate, because time goes by quickly,” said Ronald. “I’m a lot more unable to get around than I was even in the last year or so. And that time would have been lost if we hadn’t come here.”

For Peggy, knowing that she could receive in-home care and therapy after her hip replacement provided peace of mind.

“The hospital was right across the street…I was able to have a nurse come in, and I received physical and occupational therapy here at home. It was tremendous."

Ronald added, “We’ve had a great time here so far.” 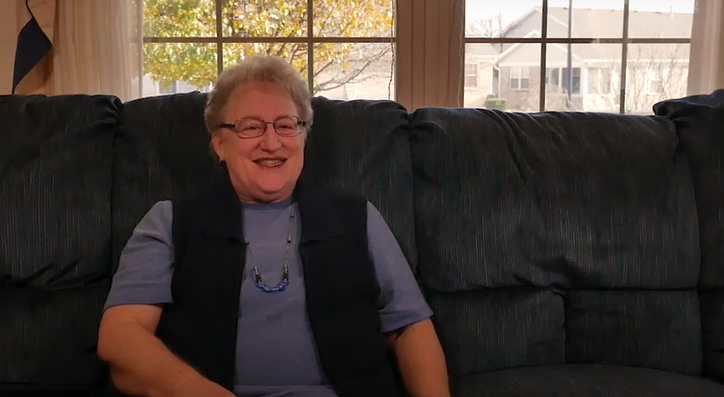 “Some people have asked me why I decided to come as early as I did - because I was fairly young when I came in — but there are so many things to do here,” she said. “We have our own concerts … Our activities director is good about bringing in different people to play or sing for us.”

Like Peggy and Ronald, she advised others interested in Otterbein Franklin to move in early to enjoy all the benefits.

“I wish my husband and I had come a little bit sooner before he became ill because he would have loved it. I’ve heard some people say they waited too late to come here. If they ask, ‘When should I go?’ I tell them, now."

As you heard from our residents, life at Otterbein Franklin can be whatever you need — whether that’s proximity to amenities, the security of having care right on campus, or the ability to meet and make new friends.

Just 30 minutes from downtown Indianapolis, Franklin is conveniently close to many other destinations in the metro area. Visit our website to see more photos and videos of campus, explore floor plans, learn about costs and payment options, and more.