Neighbors for 42 Years and Counting: Moving to Otterbein Granville 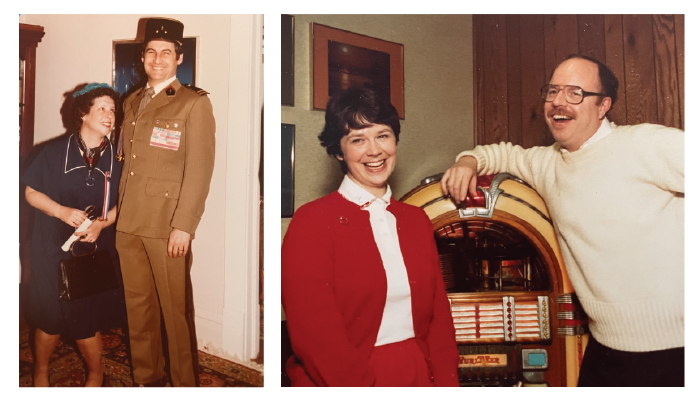 Moving into a new house can cause a flood of emotions. You may experience excitement imagining the endless possibilities or worry over issues that may come up you weren't counting on. And there is the unknown factor of what type of relationship you may have with your neighbors.

Luckily, for neighbors Tom and Barb M. and Patrick and Anne A., they formed a friendship that has lasted over four decades. This friendship has taken them from living next door to each other in the village of Granville, Ohio, to remaining neighbors at Otterbein Granville.

The Beginning: Neighbors in the Village of Granville

Our story begins in the year 1972 when Tom and Barb moved into their house in Granville. Tom worked at Denison University at the time, and they were thrilled to be living in town, near the campus.

A few years later, Patrick and Anne moved into the house next door to Tom and Barb. Due to the way their homes were positioned, their driveways ran down the lot line, so they had an access easement along that part of the property.

Both Anne and Barb recall being very excited to meet their new neighbors because they each had young children. At the time, they were the only families on the street who had little ones.

The children became fast friends, and the adults discovered they knew many of the same people and were even part of the same social groups. A friendship slowly formed once they recognized their shared interests and values. 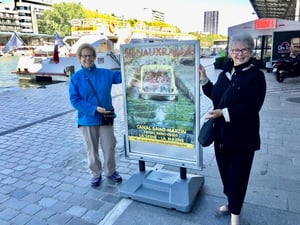 You'll quickly notice Barb and Anne's close bond when you spend a little time around them. It is a heart-warming experience to hear them finish each other’s sentences and warmly speak about each other.

They do enjoy going shopping for clothes on occasion but wouldn't select identical outfits when together. Yet, they have shown up at events, including Granville’s Bicentennial Anniversary in which they were both speakers, dressed in matching outfits. Imagine their shock when they each came down the driveway wearing the same thing, with no time to change!

The friends also share important dates of the year. Barb’s birthday is the same day as Patrick and Anne’s anniversary.

Over the years, many traditions evolved between the two families. One of their favorite traditions began when their eldest daughters, who were first-graders at the time, decided they wanted to prepare an Easter brunch for everyone.

Barb and Anne recall that meal fondly, which consisted of 90% marshmallows and sugar. The tradition continued year after year. One year, the brunch turned into a costume party, complete with a piñata in the middle of the living room.

Another tradition started when Barb and Anne met for early morning walks around Denison together. They credit these times as the true foundation and strength of their friendship. They enjoyed their walks together several times a week. It provided them with a chance to unwind and be a sounding board for each other.

The neighbors also shared a love for travel, which resulted in many trips abroad together. From France to England, and even to Australia, the couples enjoyed exploring new and familiar places.

The Decision to Move to Otterbein Granville

Tom and Barb always wanted to stay in their home for 50 years. It was approaching that time when Anne and Patrick shared they were exploring the idea of moving to Otterbein Granville.

Barb was on the original Board of Trustees for the community, so it was always in her and Tom’s plans to move there. When they found out Patrick and Anne were coming too, a cottage came available in their ideal location. Tom and Barb decided the time was right, even though it was a little bit sooner than they thought.

Patrick and Anne also chose a cottage. Unfortunately, it isn't right next door to Tom and Barb, but it's still down the street so they remain neighbors. Barb shared, “We always knew we wanted to grow old with the people we were once young with.”

It's wonderful to hear stories of continuing friendships at Otterbein Granville. We're grateful that Tom, Barb, Patrick, and Anne were willing to share their story. Knowing they will be together for this next chapter in their lives, making new friends and enjoying each other’s company, brings joy to all who know them.

Would you like to meet some of the residents at Otterbein Granville? Are you interested in learning more about our life plan community? Check out our homepage for additional information.