On the Menu at Otterbein Lebanon: Whatever You’d Like

When Drew Allen, director of culinary services at Otterbein SeniorLife Lebanon, spoke about all the changes he’s made to the campus culinary experience in his nine years there, he mentioned some appliances rarely seen outside of a Japanese steakhouse: Hibachi grills.

That’s right - today, residents at Lebanon can enjoy food from not one, not two, but five hibachi grills throughout campus.

“That was a huge game-changer for us here,” said Allen. “We didn’t know how that was going to go. That was different for a lot of residents. But it really took off.”

The hibachi grills allow chefs to prepare stir-fries and other meals directly on a sizzling-hot flat-top grill. And it’s not just another tool - seeing a hibachi chef at work is entertainment in itself.

“It’s not only us cooking the food, but our chefs are entertaining the residents. So for example, our hibachi chefs have wireless microphones, and there’s a camera over top of the grill that goes to a wireless TV so they can watch from the dining room,” said Allen.

Download your free guide to life at Otterbein SeniorLife Lebanon >>

Hibachi grills aren’t the only changes Allen has brought to Lebanon’s dining experience. The biggest difference he’s made is something many other senior living communities don’t have: A choice for the residents.

“We did not have many choices for the residents when it came to the food [when I started]. It was pretty much whatever the special of the day was, plus one other alternative,” said Allen. 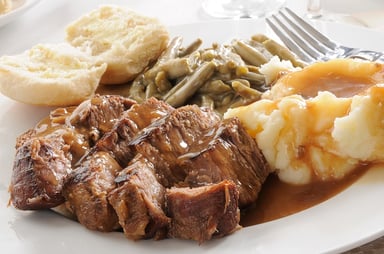 Today, residents can pick from 19 different options at each meal - things like four types of burgers, several varieties of grilled chicken, pot roast, grilled swordfish, and more. And instead of moving through a line to get their food, residents enjoy restaurant-style table service and are served in courses.

“Now, I’d probably lose my job if I tried to take away restaurant-style dining,” Allen joked. “The residents love the staff, they love being waited on, and they also love having more and more choices.”

Of course, that’s all at the Lebanon campus’ signature dining room, named 1912 after the year Otterbein was founded. If residents are looking for a more casual atmosphere or a snack in-between regular dining times, they can head to the recently-constructed Great Wave Cafe.

“Some of our residents said, ‘What if I want to get a sandwich at 2:30 in the afternoon?’ Or maybe their family is here and they want to get a bite to eat,” said Allen.

When the campus’ new assisted living area opened, staff members hosted a family night so family members could come dine with the residents in the building and see what the new experience was like.

“We are so happy we did it because the family members were so enthused,” said Allen. “They asked questions like, ‘This is how Mom’s going to get her food? She’s going to have a chef cooking for her seven days a week? This is just amazing.’”

Allen said the biggest reason he wanted to make changes to the culinary experience at Otterbein SeniorLife Lebanon was to provide the highest level of service for everyone on campus.

“The resident isn’t the only person who’s our customer. They are, and their guests are, and employees are our guests, too. So through the dining experience, we hope that we change their day to be better every time after they eat,” he said.

A clear example of Allen’s commitment to service came from a simple encounter in his daily job. As he drove between buildings one afternoon, he came upon some groundskeepers, who were hot from working outdoors and had missed lunchtime.

Allen not only offered them the drinks he had in his vehicle, but went back to the kitchen to prepare and deliver them lunch.

“Even though those weren’t residents, they’re still our customers. And I’m sure that free lunch I gave them changed the rest of their day,” he said. 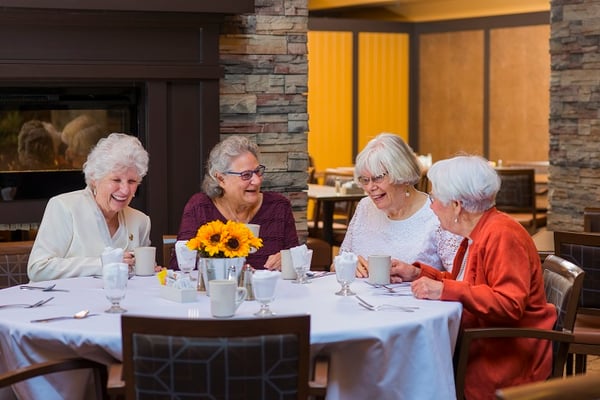 The dining experience at Otterbein SeniorLife Lebanon isn’t the only part of our community that’s special. Interested in finding out more?

Download your free information packet to get details on apartment and patio home options, amenities, answers to FAQs, and more.