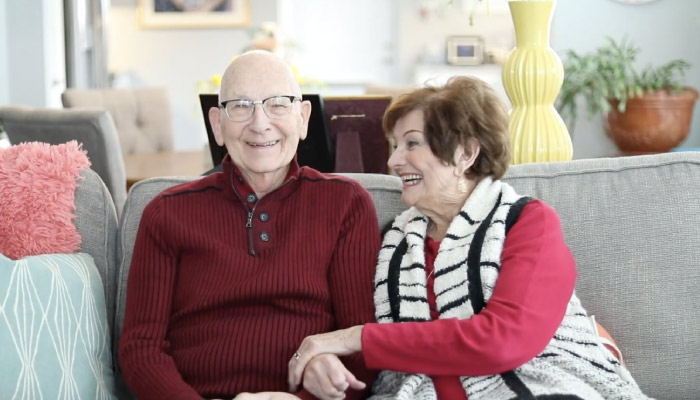 Otterbein SeniorLife Lebanon has become home to many couples over the years. Some have been married for 40+ years, some have found new love after the passing of their spouses, and some have even met for the first time on our campus.

Watch the video below to hear the love stories of some of our Otterbein couples, plus some wise relationship advice.

Roger and Georgianna: 54+ Years Together 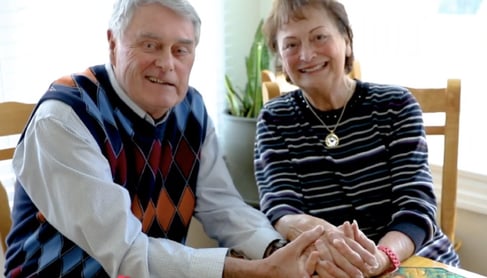 After 54 years of marriage, preceded by about three years of dating, Roger and Georgianna have been together for quite some time. They’ve learned a lot from each other and have endured through many ups and downs.

Speaking from experience, Roger offers this gem of life advice:

“My advice to the younger generation would be to do your best. Do your best every day. There will be some days things go very well and some days a little rocky, but life is a long journey and just do your best all the time.” 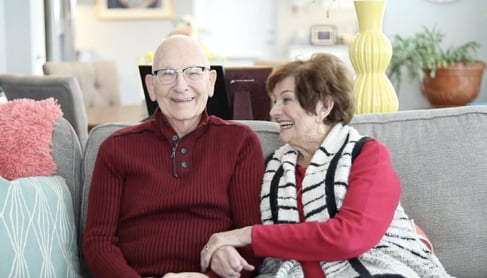 George and Gladys met years ago where they worked at the New Holland Machine Company in New Holland, Pennsylvania.

“He knew where I worked and he knew when I went on break, so he tried to be out by the vending machines with his buddies so that I would walk past him on the break,” said Gladys with a smile.

The couple shared that they came from totally different backgrounds ― Gladys from a religious family and George from just the opposite.

“We didn’t have anything that was the same as far as upbringing,” said Gladys. “We ended up joining the same church, and he was baptized. If you hang in there, you can have a wonderful life, which is what we’ve had.” 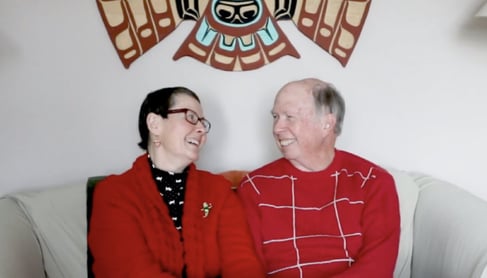 “It seems like yesterday,” Connie says about when she and her husband, Chuck, met. Now, after 41 years of marriage, preceded by about a year of dating, they still look at each other in a special way, and the smiles on their faces say it all. 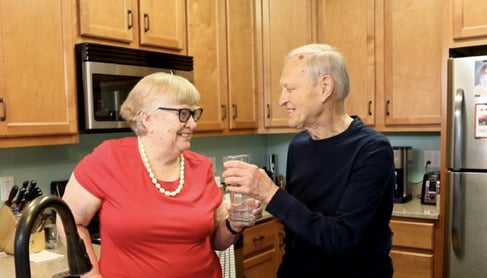 Zig and Elaine’s romance started after they moved to Otterbein.

“...at the restaurant,” Elaine quickly reminded him.

“OK, at the restaurant. We both were strangers here, and that’s the first place we went and met,” he recalled.

“He pursued me,” Elaine said with a smirk. 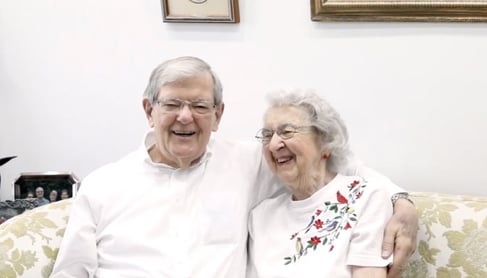 Jim and Elberta attended the same church and volunteered at the church office. They met during a group lunch outing.

“We used to eat at the same large, round table and dining room. So we got to the point where we regularly ate lunch with that group, and so we were friends,” said Jim.

Austin and Nancy: The Best of Friends 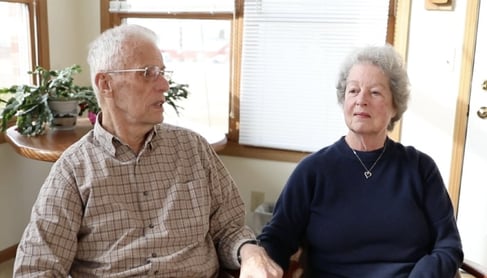 After previous marriages, Austin and Nancy found each other and began a beautiful relationship.

“We spend a lot of time just talking to each other, and she probably knows as much about me as anybody does,” said Austin.

“We do share a lot ― about our other marriages. It’s very open, and we enjoy each other’s company,” Nancy echoed.

Whether you’re married or single, Otterbein Lebanon is the perfect place to enjoy lots of social interaction and fun activities. Here are some examples:

Follow the Otterbein SeniorLife Lebanon Facebook page to keep up with the latest happenings on our campus.