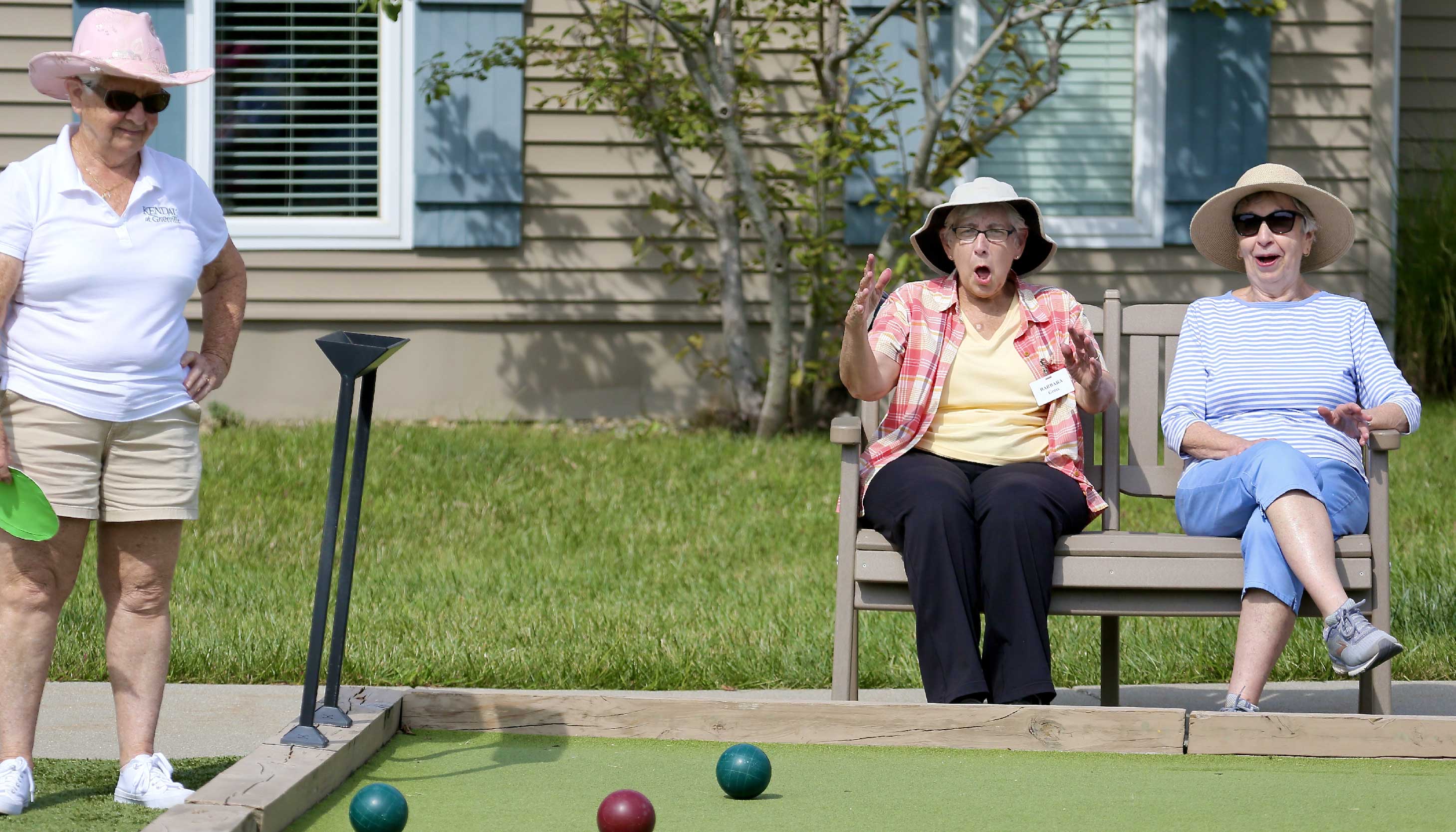 By Otterbein Granville resident Agnes A.

We moved to Otterbein Granville in 2016. We had lived in the area, so we had many connections with people outside of this community and continued our activities with them.

We were happy with using the fitness center and swimming pool, plus golf. At the time, I wasn’t interested in any of the programs (mainly “arts”) and didn’t get involved with any.

However, that changed when the bocce ball court was built in 2017. I found out any resident could start a new activity that they liked. I found that I enjoyed bocce ball, so I started the program that continues today.

We began with open play every Saturday evening, weather permitting. This was done for people to learn the game and practice. Next came a tournament. It took a while and some “arm-twisting” to get enough players.

The first year didn’t go very well, but the next two years had 16 players (eight teams). This was enough to have fun and brought out a lot of spectators to watch and cheer. 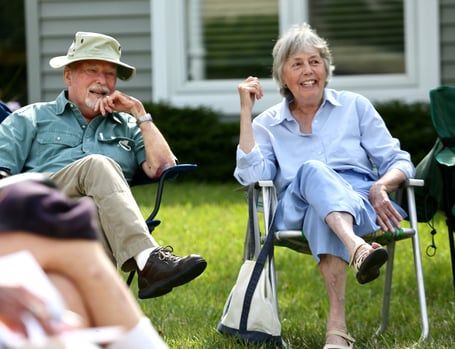 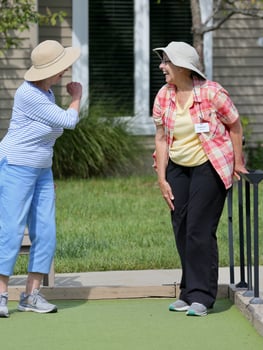 We followed up the tournaments with a pizza and beer party for players, spouses, and spectators. Unfortunately, COVID-19 shut us down for a while.

Related: What is a Resident-Driven Community? >>

Resuming Games and Having Fun With Friends

When spring 2022 arrived, I started pushing bocce ball again. We had open play on Saturday evenings, and I posted a sign-up sheet for tournament players to begin in June.

To my pleasant surprise, I started seeing lots of people signing up to play. We ended up with 28 players (14 teams) and seven substitutes. I was thrilled and looking forward to seeing so many people having fun and making new friends every week.

The tournament is being played on 13 Saturday mornings, with champions proclaimed by most wins. The point spread is used in case of ties. After the last tournament matches, we will enjoy a pizza and beer party to celebrate our very successful bocce ball season. 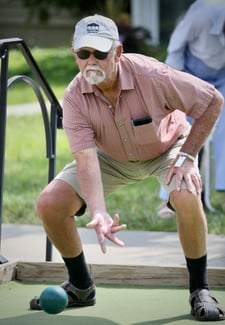 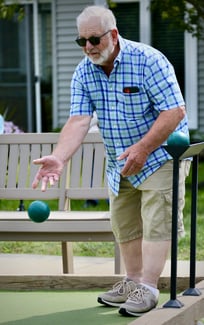 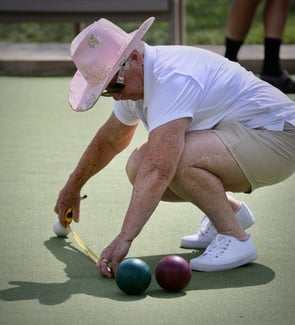 After the first year of bocce ball, I started a progressive euchre program for the winter months, which now continues year-round. Four other new programs have been created since then by other residents.

Related: Get Motivated! How to Stay Active at Any Age >>

What Does Independent Living Look Like at Otterbein Granville?

Here you’ll find living options to suit your lifestyle — and numerous residence and community amenities. Residents enjoy maintenance-free living, so you don’t have to worry about shoveling snow or dealing with plumbing or HVAC issues. Explore luxury apartments, cottages, and villa-style homes at Otterbein Granville.