The Otterbein Nature Trail: A Sanctuary for Residents

For many residents who enjoy nature, the nature trail at Otterbein SeniorLife Lebanon is a place of refuge. It’s a place to experience peace, reminisce on simpler times, and simply enjoy the natural beauty all around.

Residents Stew and Judy S. are frequent visitors to (and stewards of) the nature trail and love sharing their passion for nature. Watch the video below to listen to their story.

Features of the Nature Trail

Established in 1987, the trail is approximately ½ mile in length and is located on 14 wooded acres. It follows a small stream that flows toward the former site of a grist mill run by the Shakers in the 1800s. 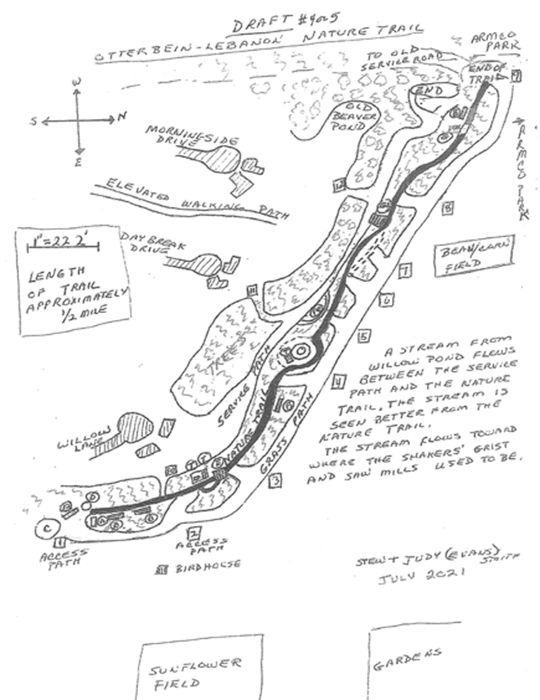 Along the trail, hikers can find various flora and fauna, including daffodils, Eastern Red Cedar, Dogwood, and more. There are also benches and picnic tables located throughout the trail area, and the trail features a bridge constructed as part of an Eagle Scout project in 2006.

Perhaps the trail’s most distinctive feature, however, is the large Chinkapin Oak tree located in a clearing within the woods. The tree is approximately 300 years old and is believed by some to be a Native American trail marker tree. 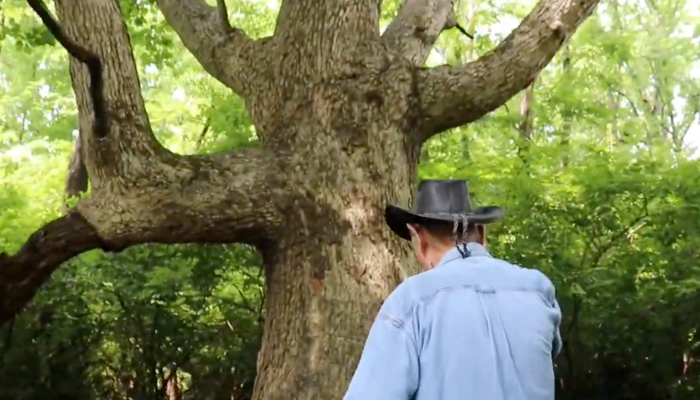 History of the Nature Trail Area

Long before there was an Otterbein SeniorLife, Shakers lived on the land where the trail is located. They had a path that followed a swale with a small stream that led to a grist mill. It’s estimated that the grist mill was operational until around the 1870s or early 1880s.

Not much is known about the grist mill, except the area often flooded, causing concern for the Shakers and anything downstream from the creek. When Otterbein purchased the land in the early 1900s, the grist mill area was often used as a playground for the children who lived at Otterbein. Today, the grist mill area is underwater, located within Warren County Armco Park.

Over the years, the swale, which was uncultivated, became wooded. In 1986, a nearby resident named Frank Swartzel met with Warren McMichael, head of Otterbein grounds, and the Ohio Division of Forestry to discuss the possibility of developing a nature trail behind his home. The trail was then cleared and opened in 1987.

In 2005, Harold and Elizabeth J. started a Woodlands Interest Group and revived interest in the nature trail again. New signage was added, bridges replaced and enlarged, and flowers were planted around the signs. A concrete slab was added with a picnic table or two in one of the large openings.

Since then, signs marking the entrances to the trail have been refurbished and replanted by Stew and Judy S.

Recreation and Activities at Otterbein SeniorLife

As a firm believer in the nine degrees of whole-person wellness, Otterbein SeniorLife goes above and beyond to provide numerous opportunities for residents to enjoy their favorite hobbies and recreational activities. There truly is something for everyone to enjoy.