Why We Moved to Otterbein Granville: The Story of Carol D. and Christie V. 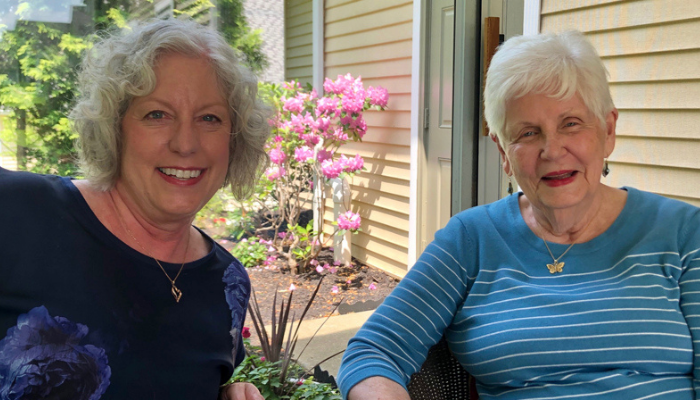 By Otterbein Granville resident Reed B.

Carol D. and Christie V. recently moved from Galena, Ohio, into their new home on Founders Lane at Otterbein Granville. In searching for senior living communities that might suit them, they had found Otterbein Granville’s principled commitment to diversity and civility attractive, and they were pointed specifically to Otterbein Granville by their friendship with Lyn and Keith B.

They found their final decision easy to make after meetings with the marketing staff and residents. Keep reading to learn more about Carol and Christie and their journey to Otterbein Granville.

Christie was born in Iowa and has lived across the Midwest. She has a bachelor’s degree in zoology and a master’s degree in public administration. With this background, she was drawn to opportunities that involved educating the public about environmental matters, with an emphasis on the importance of grounding environmental conclusions in empirical science.

Christie also organized and led fundraising activities on behalf of such organizations. Most recently, she has worked with the Grange Insurance Audubon Center in Columbus, an organization that is a voice for environmental causes and that promotes environmental education.

Carol, who was born in Youngstown and raised her family in northeastern Ohio, is a lifetime Buckeye. She has three children, four grandchildren, and three great-grandchildren.

Carol became involved with the Girl Scouts when the children were young. After they were out of the home, she joined the professional staff of the Girl Scouts, becoming in due time an officer of the organization.

She and Christie have been in a relationship for 35 years, and Carol’s children and grandchildren embrace Christie as a member of the family.

Exploring the Natural Areas Around the Otterbein Granville Campus

Carol and Christie enjoy travel, especially by car, and they speak with fondness of trips to Kelley’s Island and the Grand Canyon. They also enjoy biking, hiking, and, more generally, the outdoors. Carol is a gardener; Christie, a nature photographer with a fondness for wildflowers.

With these interests, they look forward to exploring the Otterbein Granville campus — with its woods, pond, and mound — as soon as the weather allows and the blossoming invites. Since a golden retriever and a cat have accompanied them to Otterbein Granville, I’m guessing that Otterbein Granville's welcoming mat for pets also played a role in drawing them to Granville.

Related: See how this resident's cat loves their home's sunroom, too!

The Many Benefits of Living at a Life Plan Community

Not long after their arrival at Otterbein Granville, Carol required a brief hospitalization. It was during that difficult moment that they learned about Otterbein Granville's readiness to offer help to neighbors. An outgoing duo, they have already made many friends.

Perhaps these experiences explain why, with startling simultaneity, they both replied to my inquiry about how things were going with a hearty, “We’re glad we’re here.” When you see Carol and Christie, be sure to say hi. They will be making their mark as valuable contributors to the life, joy, and vitality of the Otterbein Granville community. 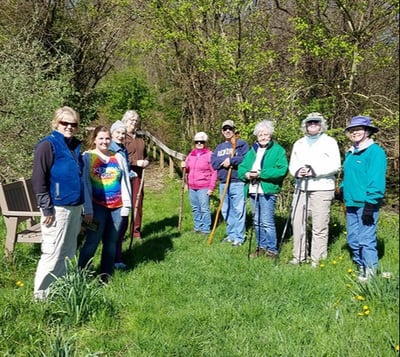 
As a special postscript for the blog, I wanted to add to Reed’s great summary about our decision-making process in choosing Otterbein Granville. He hit it right on target in identifying Otterbein Granville's commitment to diversity and civility. These were both major drivers indeed, as were the lifelong learning emphasis and connection with Denison University.

Otterbein Granville’s environmental focus and commitment to maintaining natural areas on the property were significant to us. The beautiful village of Granville was certainly a plus as well.

Most importantly, Carol and I determined we needed a continuing care community long before we even knew there was an Otterbein Granville. With 16 years between us (Carol is 82 and I am 66), we wanted a place where we could both be on the same campus should either of us need assisted living or skilled nursing care.

Our choice of geography was important, too. We have called central Ohio home for nearly 15 years now and love it here. Otterbein Granville’s welcome assurance that we would know acceptance and inclusion played a significant factor. Important to us were that sense of place and community, as well as the offering of opportunities where we can continue to grow and give back.

Three months in now, our high expectations have been more than met. We are indeed glad to be here!

Otterbein Granville's campus is a certified Level 1 Arboretum, with 95 species of trees on our land. Whether you prefer exploring nature on campus or enjoying one of our many amenities, you'll find the freedom to do as you please at Otterbein Granville. We also feature many different independent living floor plans to meet your budget, as well as continuing levels of care should you ever need it.

Learn more about what awaits you at Otterbein Granville.

This blog was originally published in November 2021 and updated in April 2022.