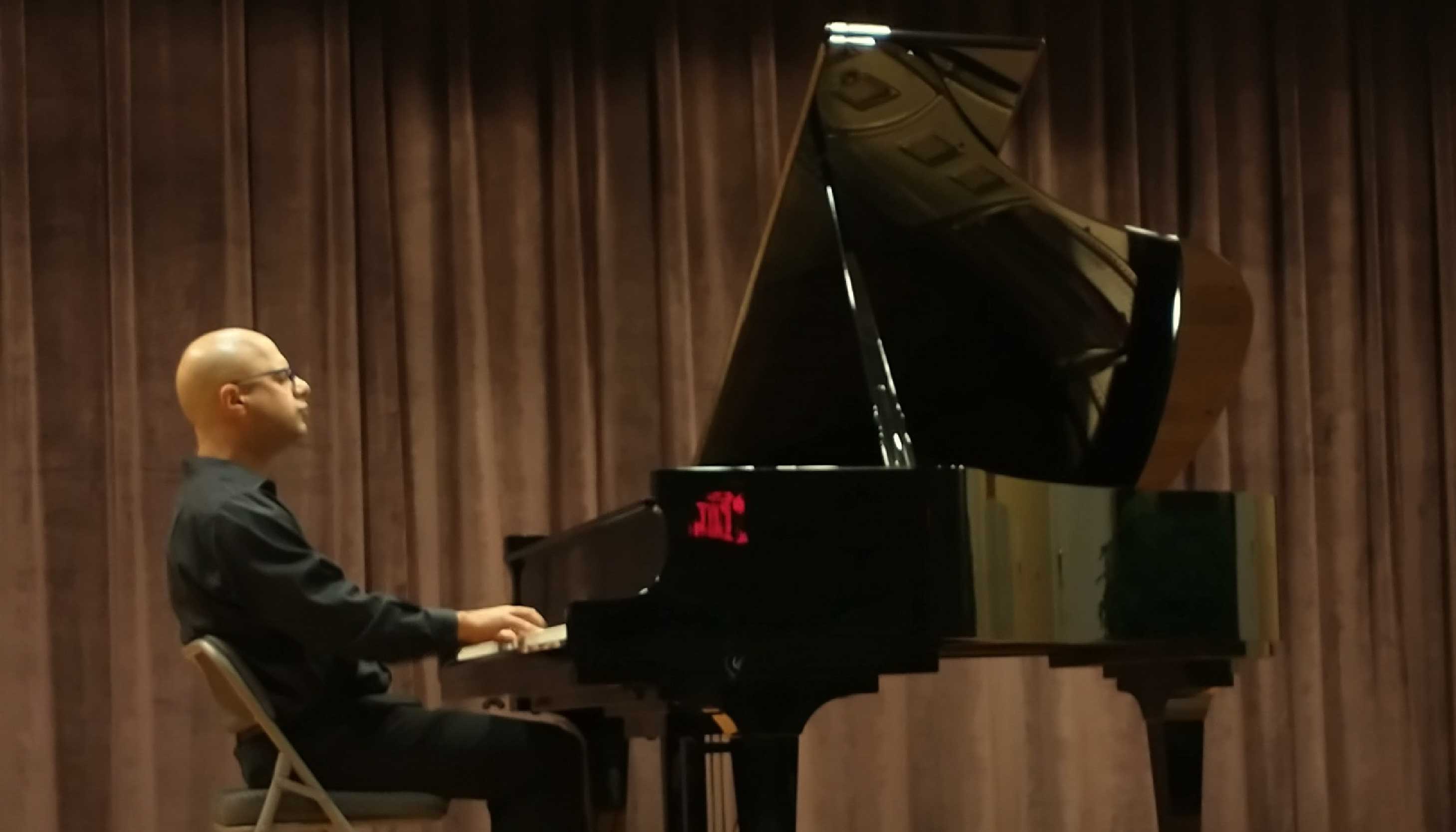 A gorgeous autumn afternoon with fall foliage in the meadows, woods, and gardens on the Otterbein Granville campus was made even more beautiful by a stunning piano performance by award-winning musician Dror Biran. Like the amazing range of colors on the forest hardwoods, the display of keyboard dynamics left the audience in awe and amazement.

Biran spoke briefly before seating himself at the keyboard of the gleaming Boston Steinway. His preamble was a humorous anecdotal storyline that began “When Mozart met Saint Peter” and ended after an inquiry of “Where is Bach? God’s response was I AM Bach.”

When the music began, the creative mastery of Biran displayed in his hour-long “Let there be…Bach!” revealed him to be, in that hour, the god of the instrument. Every note of “The Well-Tempered Clavier” played in its entirety was a gift passed from those heavenly fingers to bless the ears and hearts of the full room of attentive listeners.

Like Michelangelo’s “Creation of Adam” in the Sistine Chapel, the energy and beauty of each moment circulated throughout the room as tonal subtleties at times whispered, at times shouted, but always communicating deep love and mastery of THIS moment of creative artistry.

To be present was to be blessed, inspired, and re-created.

Biran is an associate professor of piano at the University of Cincinnati’s College-Conservatory of Music. He performs with smaller ensembles in the area and internationally with major orchestras.

This inaugural concert in the Sunday Chamber Music Series began an exciting year of monthly opportunities to enjoy excellent classical music in the Amelia room. The performances are free of charge since the costs are underwritten in other ways, by generous individuals as well as by the Otterbein Granville Residents Association. Due to capacity restrictions, the concerts are currently limited to residents and their families.

Being a resident-run community, when a group of residents wants to initiate a new activity, they work together to make it happen. With diversity, talent, energy, organization, generosity, and persistence, we can expect a continuing array of life-giving, joy-filled programs.

A professional conductor and musician himself, resident Max R., in collaboration with the Otterbein Classical Music Committee, organized the series and has been busy recruiting musicians for upcoming performances. The group was instrumental (no pun intended) in bringing this event to a glorious reality.

Get an inside look at community amenities and activities from a resident’s point of view. Read about resident gardens, pool adventures, bocce ball tournaments, and more in our blog.